What is the real cost of moving people? 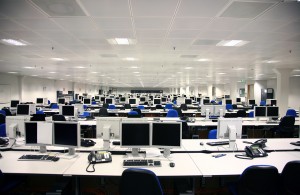 Whilst working for a large financial broker we moved every person in the building at least once every year and paying for the churn took almost half of my yearly budget. I appreciate that this was an extreme case but change does have a cost and understanding this and the knock on effects is very important.

For me the financial cost was a concern but the cost on the wellbeing of my staff was far more concerning. The company I worked for was similar to most organisations ‘IT’ department, we had a core nucleus of people who were always needed. ‘IT’ can be a thankless task as you need to be in attendance 09:00 – 17:30 and then you need to do any maintenance or upgrades out of hours. Adding move and change processes places an even greater burden on an already stretched workforce.

Move and change takes a lot of time and resources. To conduct a move, we would do a survey of the employee’s desk and all of their equipment. We would prepare the new location and then once we have everything ready and out of hours we would:

This process will happen for each desk, the preparation would often take days to complete and as it was manual there was often the need to go back to the desk to confirm all of the details. For even the smallest move there would be approximately five people required to set it up and to implement the change.

So what are the costs?

If move and change is taking up a lot of time or you want to reduce the impact of the costs detailed above, the answer is simple, ‘Automate’. Take out the human element as much as possible and complete all of the preparation work, during the working day rather than during the move. The problem used to be that tools to do this were very expensive and proprietary to specific cable manufacturers. This has changed and there is now cost effective software tools on the market. These tools allow you plan the move in advance and automatically updates itself after the event.

These tools reduce the financial cost, as the only manual element is the physical move process which still needs to be physically conducted by an engineer. Expensive network and communication engineers will only be required during the business hours to set up the system ready for the move.

Operational and functional costs are reduced as these systems are automatically updated as part of the discovery process. The people costs can be substantially reduced as this task can often be outsourced to a specialist move and change specialist. This ensures that your expensive ‘IT’ staff can concentrate on delivering actual business benefits.

Lastly the Cultural costs are significantly reduced as the majority of the stress is removed. The protracted surveys and re-surveys are not required as the systems uses data from different sources to confirm the ownership of the location and to ensure that all of the move requirements are documented.

If like me your move and change is a costly exercise then ‘Automation’ is a cost effective solution. 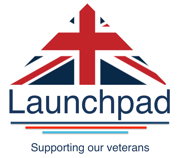